The U.S. is Asking About Hard-to-Value Holdings, and Some Proposals Would Speed Withdrawals by an Heir

Washington is taking a hard look at tax-sheltered retirement accounts, especially “supersize” ones worth millions of dollars. Savers should consider what it could mean for them.

The GAO study addressed questions many people asked after disclosures that former presidential candidate Mitt Romney had a traditional IRA worth as much as $101 million and technology entrepreneur Max Levchin put more than 13.3 million shares ofYelp YELP -5.11% stock in a Roth IRA before the firm went public in 2012.

How many supersize IRAs are there? The GAO estimates more than 300 individuals or families have IRAs with balances greater than $25 million, while more than 9,000 have IRAs worth more than $5 million. The GAO wasn’t able to distinguish between regular and Roth IRAs, given the data. 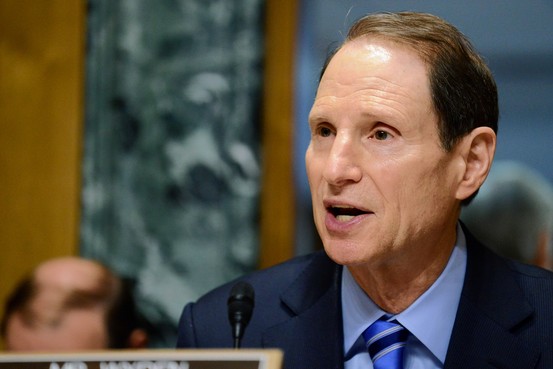 While both types of IRAs benefit from tax-free growth, there are significant differences between them. Savers can often deduct contributions to traditional IRAs or make tax-free rollovers of 401(k)-plan assets into them, while contributions and rollovers to Roth IRAs must be made with after-tax dollars.

There also are important differences for withdrawals. Mr. Romney, for example, must begin taking annual withdrawals from his traditional IRA at age 70½, with the payouts taxable at ordinary income rates up to about 40%. Withdrawals from Roth IRAs such as Mr. Levchin’s, however, are usually tax-free, and there are no mandatory payouts for the owner.

The final version of the GAO report, due in a few weeks, will address strategies investors use to supersize their IRAs. Such moves include using account assets to buy nontraded stock or partnership interests that could balloon in value once inside the account, experts say.

For example, according to the company’s most recent proxy, Mr. Levchin’s Roth IRA held 2.7 million shares of Yelp, which recently traded at around $70 per share. The stock was worth much less before the firm went public. Mr. Levchin didn’t respond to requests for comment.

The Internal Revenue Service also is interested in supersizing strategies, as harsh penalties for “self-dealing” violations can apply to investors who participate in businesses owned fully or in part by their IRAs.

To shine light in dark corners, the agency is changing reporting requirements for hard-to-value IRA assets.

Starting with the 2014 tax year, brokerage firms and other IRA sponsors will be asked to report such assets on Form 5498. The form asks the sponsors to detail the fair-market value for each of several asset classes, including real estate, nontraded debt or stock, or an interest in a limited-liability company, partnership or trust.

This reporting is voluntary for this year, but it is expected to become mandatory for 2015 returns, says Judy Miller, a retirement specialist at the American Society of Pension Professionals & Actuaries.

Legislative changes for retirement plans also could be afoot. One proposal with bipartisan support curtails the current “stretch” feature, which allows IRAs to continue for decades after the original owner’s death if the account is left to a much younger heir.

The proposal would limit the stretch provision to five years after the owner’s death, unless the IRA is inherited by a spouse, with a few exceptions. Ms. Miller says the provision has narrowly escaped twice before but may not survive for long.

What about President Barack Obama ’s proposal, dating from last year, to prohibit contributions to IRAs and other retirement plans with more than about $3 million of assets? Because of its extreme complexity, it is considered a “nonstarter,” Ms. Miller says.

So far, experts say, none of the current proposals would impose a tax on assets that already are in retirement plans, although several would curtail contributions from higher-bracket taxpayers.

The bottom line: if you have an IRA that holds nontraded assets, make sure to cross every “T” and dot every “I” for the IRS. Don’t count on your IRA surviving you for many decades. And consider maximizing contributions to tax-sheltered retirement plans now, while the tax benefits for contributions are intact.